Home
Research
Names & Surnames
What Does Your Surname Mean?
Prev Article Next Article

While researching your family history looking for ancestors you may overlook the meaning of your last name. So, have you ever wondered what does your surname mean, and also what does it mean to you?

Finding out the meaning of your last name can be just as interesting as exploring who your ancestors were, where they lived and what they did.

There will almost definitely be a story behind the origin and this can further enrich your family history story.

I couldn’t possibly explain the origin and the story behind every single surname. There would just be too many for me to include on this site.

That is not the purpose of The Genealogy Guide. What I want to do is to guide you with your family history research, and that is why I want to direct you to Surnamedb.

They have nearly 50,000 last names featured on the site, starting from Aaron right up to Zywicki. The site can tell you where your name comes from and what it means.

I have used this site considerably as I have learned the history behind the many surnames that are found in my family tree.

Including these meanings in my family history book has enriched it considerably.

For example, I always thought that my surname, “Couch” had Devon origins, but according to the site it is actually Cornish in origin.

So, that was surprising. It also gave me a brief history of my last name which was very interesting.

Get your surname and meaning on a scroll!

What else that I like about this site is that you can get a scroll featuring your name with the meaning and history behind it. The scroll is a standard A4 size (8.3 × 11.7 inches), with old world calligraphic font used on the heraldically decorated parchment scroll.

It really does look class!

Not only is your surname featured but also alternate spellings as well. This is handy to know as sometimes when your are tracing your family history you may find incorrect spellings of your last name. So it’s a handy guide for you.

The scroll shows the country or countries of origin, together with the earliest known use of the name.

The original meaning and translation of the surname is included, together with the its descriptive group, i.e. locational, patronymic, occupational, etc. is included as well.

What Is A Surname?

Before we answer that question though let us first ask the question what is a surname?

Well, a surname is usually referred to as a family name or a last name and that is handed down from generation to generation.

In the Western world the surname is placed after the given name, whereas in some east Asian countries it is placed before the first name.

Passed down through the generations!

A person’s surname is usually passed down from the father, but this isn’t always the case.

A child may receive their mother’s surname as a result of maybe illegitimacy, for example. Sometimes people have a combination of names which is separated by a hyphen.

This is referred to as double surname or double-barrelled.

A combination is usually the case when a woman does not want to lose her family name and therefore wants to preserve it.

So, she will simply add her husband’s name to her own.

This double surname can then be passed down to her children.

Then there are people who change their name by deed poll. A deed poll allows a person to legally alter their name and so can be given a new identity.

There are many reasons for someone to change their name.

This subject of name changing though will not be explored further here.

The use of surnames began at least 800 years ago. This practice helped to distinguish between people with the same given name. So John could be referred to as “John the smith” or “John the baker”.

The use of a surname was particularly helpful for written documents, such as parish registers or for tax purposes.

These first forms of surnames though were not passed down to the next generation, but over time this would be the case. Spelling variations though crept in through the descendants.

Surnames were occasionally misspelt by clerks and priests in documents and parish registers. Often names were recorded by how they sounded. And so this accounted for the differing spellings.

Misspelling Your Ancestors Names On Documents!

Also, it was quite common for people to misspell their name on documents because of illiteracy. Their name could therefore be spelled differently throughout their lifetime.

Variations may then be passed on to the next generation.

This change in name was then used for subsequent generations. I cannot be certain though as to the change, but I do know that it happened.

If you cannot find a relative just be wary of the different spellings that the surname could be spelt.

1. Patronymic – After the Father’s Name

This is a surname that is derived from the father’s given name. These names were constructed by either adding a prefix or a suffix to a child’s name. This would then denote whether someone was the son or the daughter of a person.

Prefix – At the beginning of the surname

The prefix ‘Mac‘ or ‘Mc‘ was used to denote the son of a person. For example a person with the surname MacDonald meant that they were the son of gentleman named Donald.

In Ireland it was common for the prefix ‘O‘ to be added, eg. O’Carroll.

Within the Welsh naming system mutations would occur and so this would result in surnames such as Bowen, Price, and Bevan. There is a simple explanation for this mutation. The word ‘ap‘ or ‘mab‘  in Welsh means ‘son of’.

So someone with the name Lewis ap Owen could be mutated to Lewis Bowen. The mutation Bowen was the result of ap Owen. Other examples such as Price from ap Rhys, and Bevan from ap Evan.

The prefix ‘Fitz’, (pronounced Fits), also announced son of. However, this prefix did sometimes indicate that this person was a bastard son, i.e. illegitimate son.

Suffix – At the end of the surname

Converse to a prefix it was common practice to append additional letters to the end of a person’s name. Examples of a suffix include ‘son’, ‘ette’ and ‘s’.

Therefore, someone with the name Wilson meant that they were the son of a person named Will.

The surname Gillette refers to someone who is the son of Giles, and Jones meaning that they are the son of someone named John.

2. Occupation – What Did They Do For A Living?

Another common form of a surname was derived from the person’s occupation. This identification could therefore help to distinguish between John the smith and John the miller.

So these people would then simply be known as John Smith or John Miller.

These surnames were therefore used to identify the people within the community. Other common occupational names include Taylor, Fisher, Shepherd, or Cook. There are though many, many examples.

Do you have a surname that was based on an occupation? Why not comment below.

I just want to digress here slightly. While tracing my own family history I looked into what my ancestors did for a living. I knew what their job title was but I didn’t know exactly what this entailed.

Therefore, I looked at books that would tell me such things as how they ran their business, what people they employed and what tools they would have used.

Doing this really made me appreciate their lives more. From this I was able to fully tell their story, rather than stating facts that I already knew about them. It brought their story to life.

Please check out my Find Your Ancestors guide where I review 14 books that can help you uncover what working life was like for your ancestor.

These types of surnames were used to describe either someone’s personality or their appearance. These names could be based on a person’s skin coloring, facial features, or even the shape of their body.

Sometimes though nicknames that were used to describe someone could be rather unflattering. For example, the surname Peele means someone that is bald headed.

4. Location – Where Did They Live?

The last form of surname was derived from a person’s residence. People could therefore be referred to by where they lived. A person’s surname may have evolved from a particular feature of the landscape.

For example someone may have gone by the surname Hill, Moore, or Wood. So in these cases the person may have lived next to a hill, a moor or by the woods.

Alternatively a person may have instead used a place name for their last name. This may have been done as they had always lived in the area. Examples of this form include London, Parris, and Roma.

On the other hand some places have gotten their name from a famous person. There are many a town and city all over the world that have got their name in such a way.

Here is a list of the top 10 surnames to be found in the Western world. As you can see these names evolved from one of the four forms explained above.

What does the Jones surname mean?

The Jones surname has English medieval origins, deriving from either the male given name John, or the female name Joan. These were both brought over to England from France after the Conquest of 1066.

I hope you enjoyed this article about what does your surname mean. If you have any questions or comments then please leave a comment below. 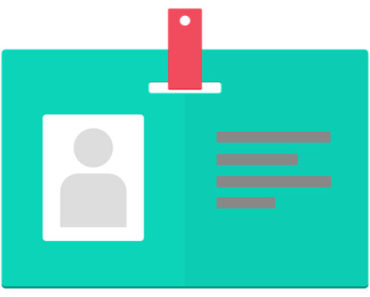 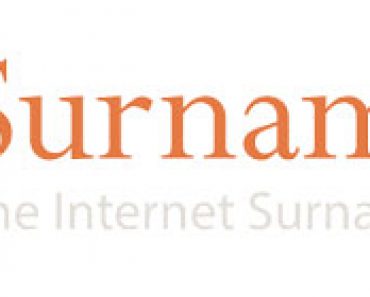