Are you interested in your Canadian ancestors but don’t know what the best resource is to use? Well, the Canada Census Records can give you a plethora of information about your heritage.

But when were these censuses conducted and where can you find them?

Read on as I explain this valuable Canadian resource to you.

You can learn so much about your ancestors from census records. They can also help you to extensively build your family tree.

For me, (and I bet a lot of people), I have used this resource immensely to add branches to my tree.

From these records you can find out your ancestor’s year and place of birth, their religion, description of their property and many other aspects about them.

They can really help you to unravel a picture of their lives.

Before you continue with this post I just thought that I would show you this great video helping you to discover your Canadian heritage.

The video is presented by Crista Cowan from Ancestry and will show you how to research your immigrant ancestors from the north.

What Census Years Are Available?

Believe it or not but the earliest census conducted in Canada was way back in 1666 in the province of Quebec. Over the coming years there would be censuses carried out in Newfoundland and Acadia.

From these early census records you may see your immigrant ancestors arrive in Canada from the United Kingdom.

Once you have found where they came from you will then know where to look for their birth or baptist records or any other record for that matter.

Today’s modern census records dates to 1851 and has been carried out every ten years.

The Prairie provinces of Alberta, Manitoba and Saskatchewan each had a census in 1906 and 1916.

The 1921 census record is the latest account of Canada which was released on June 1st 2013.

Canada has a 92-year rule where this amount of years must elapse before there records are released to the public.

With this said you will have to wait until 2023 I am afraid.

What Can You Expect From These Records?

From 1871 a number of new key elements were added. This is great for genealogists from this information as we can learn more about our ancestors.

Not only that but we can use what we find to locate even more records about them.

Added to the 1871 and later census records:

Added to the 1891 and later census records:

Abbreviations You Can Expect To Find!

When viewing your ancestors census records you may across an abbreviation that you are not quite sure about.

For that reason I have included a guide here that lists all possible abbreviations that you can expect to find in these records.

Where Can You Find These Records!

When I first started to research and write this post I didn’t know what to expect from these records.

Even though I am not from Canada I felt though that it was important to provide such a guide to this helpful resource here.

You can learn a lot about your ancestors from these records as I have highlighted in this post.

And I have also mentioned a couple of times that this resource can help you to build your family tree.

After learning about your heritage from your parents and other relatives census records is the next resource that you should go to.

But where do you find them?

FamilySearch can help you!

For me I like to check what you can for free!

And so for that reason I head to FamilySearch.

They have millions of records within their database. And I have used this free resource considerably.

However, when it comes to finding your Canadian ancestors in census records the results are quite limiting.

So, you may not find what you are looking for I’m afraid.

They do offer an index and image of the original censuses for 1825, 1831 and 1842 but after that their resources are limited.

You will find indexes on FamilySearch for the years 1851 through to 1901 and the Prairie Years as I call them.

But they do not provide images and they do not have the latest 1911 and 1921 census records.

Ancestry is the place to go!

For that reason I do suggest that you head on over to Ancestry where YOU WILL find a complete collection of indexes and images from 1825 right up until 1921.

Yes, I know that does mean that you will need to spend some money.

But genealogy is like any other hobby where you have to part with your cash on occasion.

And I firmly believe that if you are passionate about your family history and that you want do your research proud then you have to dip your hand in your pocket from time to time.

Having done this myself I have written my own family history book that I can be proud of.

My book contains many branches, stories and information that I have gleaned from this valuable resource.

So, do yourself a favor and check out your Canadian ancestors through census records.

Who knows what you will find?

You may also like to check out the Library and Archives Canada website. There you will find valuable information on each of the census records as well as helpful tips to search them as well.

I hope you enjoyed this post explaining to you the Canada Census Records. If you have any questions or comments then please leave a comment below. 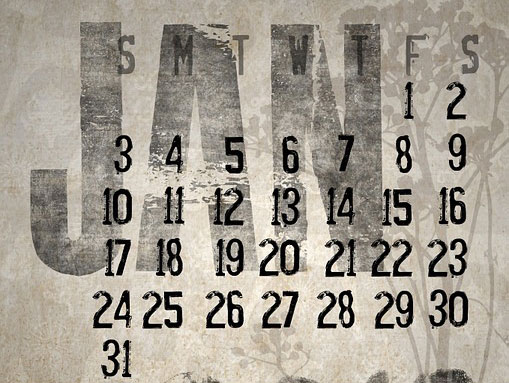