DNA can tell us so much about our ancestry as we have discovered recently. But can the genes inside of us tell us what illnesses we will get? Please read on as all will be revealed.

Genes are just one part of your makeup as a human being. Genes are responsible for many characteristics of yourself, including the way you look or specific traits of your personality.

These traits can be carried through genes from parents to their children.

It’s therefore, an important question to wonder whether other attributes, such as illnesses, can actually be passed down through genes.

For example, are you finding that you’re always falling ill with the flu when one of your parents was the same?

Or, maybe you are more susceptible to a specific illness than other people, and you’ve noticed that one of your parents always had the same thing?

It would be logical to expect that illnesses can be affected by the genes you have in your body, in the same way, that genetic diseases can be a problem.

How Do Genes Work?

Genes in the body are unique, and each gene holds DNA which helps it to perform a specific job in the body.

Genes help with the forming of proteins in the body, which are essential for cell growth, development, and various tasks.

It could, therefore, be said that if there is a problem or variation with a gene — such as a gene which has been inherited and cannot function as efficiently as it should — this could contribute to the body catching illnesses far more quickly than it should.

Healthy genes contribute to a healthy working body, after all.

Gene studies are conducted all the time by scientists trying to understand how genes can affect illnesses, disease, and the body. If there is a gene which isn’t working right, this may cause a range of illnesses in the human body.

It may be possible for problems with genes to affect the healthy function of the body and the immune system.

This, in turn, can affect how likely it is that you will fall ill, and how easy it may be for you to recover from it.

There may be quick and easy fixes you can do to cope with an excessive illness which might occur due to your genes, such as fluids from resetiv.com to tackle excessive bouts of cold or flu.

However, in more severe cases, it may be that problems with genes contribute to the development of more severe illnesses or even disease.

A disease can be passed down through family genes. It doesn’t have to directly relate to your parents, but it could be problems within your genetic line.

Genetics may be a contributing factor alongside a variety of other reasons, such as lifestyle choices or your environment.

Genes are copied down from your parents, but there is always the potential for genes to lack perfect copy, or to become mutated.

Mutations or changes in genes aren’t always negative, and most may cause no difference or problems at all.

More severe mutations which cause illnesses or diseases are called genetic disorders.

Gene Problems Which are Passed Down

Some genetic mutations are not caused by genes which have been passed down, and neither can they be passed down to your own children.

Genetic mutations, as discussed, can occur naturally at any time in life, as well as being directly passed down through hereditary DNA.

Some key examples of genetic disorders which can be passed down the family line include:

It’s also important to remember that it may never be guaranteed to get the same disease or illness as a family member, but having a history of certain diseases or disorders in the family may increase the risk of you experiencing the same.

This is why doctors may ask if you’ve any history of heart diseases, strokes or high blood pressure in your family, for example, as it can help to deduce the cause of specific issues.

It’s possible for gene mutations or problems to directly affect the body before a person is even born.

Gene mutations can be extremely severe in which they can affect the development of an embryo and even prevent it from surviving before birth.

This reflects the importance of healthy development within genes which are functioning properly; any gene which mutates and prevents the body’s proteins from working correctly has the potential to disrupt the body’s ability to healthily develop.

Not all gene mutations are severe enough to always affect health and development, however.

A change in a gene can affect its DNA sequence, but not actually alter the protein, therefore not affecting the body’s development in any way.

It’s safe to say that any changes or mutations within genes can have an effect on the body, whether minor or severe.

These changes or mutations may occur naturally, or you may have inherited mutated genes or hereditary problems from your parents.

After all, your own DNA makeup is created based on your parent’s DNA.

This is why, should your parents have a specific disorder or disease which affects the way their body functions or the way they look, there is potential for you to get that, too, for example, Dwarfism.

You can always discuss your own genetic makeup or healthcare concerns with your professional doctor or specialist, or you can use genetic research to determine factors within your own genetic line, which might be affecting you.

DNA research can be helpful for those individuals who don’t have a thorough understanding of their family history, specifically in the realm of health, illness and disease.

You may find the following ten-minute video interesting as it discusses genetic disorders and diseases.

If you have found this post useful you may want to check out the Does your Ancestry Effect Your Mental Health? post from guest blogger Ashlie.

I hope you enjoyed this post explaining whether genes affect what illnesses you get. If you have any questions or comments then please leave a comment below. 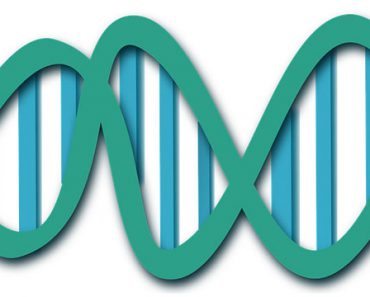