Well, please read on as I explain everything that you need to know about your Neanderthal heritage.

Why find out if you are part Neanderthal?

Before you can answer that question you need to know who they were. Sure you have probably heard of these archaic humans but …

When did they live?

Where did they live?

And also why did they die out?

All very important and valid questions to ask and discover the answers to.

By answering these questions, (and many others), can you truly understand and appreciate your ancestry.

And I truly believe that. I have learned to appreciate my ancestors more through learning about their lives, where they came from and just generally everything that I could possibly find out about them.

Genealogy has made me passionate about my family history.

Who Were The Neanderthal?

Neanderthals are our closest extinct human relatives. Their genome is 99.7% identical to ours.

In fact humans and Neanderthal share a common ancestor that dates some time between 200,000 and 500,000 years ago.

The journey of the Neanderthals!

It must be pointed out that they are two distinct species, and thus Neanderthals are NOT a subspecies of modern humans.

They were slightly shorter than modern man by about 10-20cms.

However, they did have a larger cranium and shoulders, and broader hips.

Migrating to Europe and then later into southwest, central and northern Asia after originating from Africa, similar to humans.

They made their migration out of Africa long before humans did.

The Neanderthals died out approximately 40,000 years ago. The common explanation for their distinction is that they assimilated with homo sapiens.

This interbreeding likely occurred between 50,000 and 60,000 years ago. Evidence of this can be detected in the genome of most people living outside the sub-Saharn Africa region.

This area is mostly below the tip of Africa today as we know it.

Incidentally there is thought to have been three different time periods for this interbreeding to have occurred.

For a more in depth discussion regarding Neanderthals you may like to check out Wikipedia. Among other things you will find information regarding their evolution, their anatomy, behavior and culture.

What This Means To You!

Essentially this means that there is a very strong possibility that you have a small percentage of Neanderthal DNA.

If you are interested in taking a DNA test then this test can tell you how much Neanderthal is in your DNA.

Although there are many DNA test kits on the market today for you to choose from.

So, which one do you choose?

Some will only test your most recent family history while others can give you results from thousands of years ago.

DNA test kits not to use!

Ancestry DNA and MyHeritage DNA only perform an Autosomal test on your DNA.

This means that your results will go far back as 300 to 500 years ago. The accuracy of your results through this testing diminishes the further back in time you go.

So, what this means is that your results are only truly accurate to about 5 generations back.

DNA tests to use!

23andMe and FamilyTreeDNA on the other hand perform both Mitochondrial and Y-Chromosome DNA testing that will look at your maternal and paternal line respectively.

The mitochondrial DNA testing can be taken for both males and females, while the Y-chromosome test is only for males.

If you are a female then you can still get results. You just need to ask your father or brother to take the test.

How Can A DNA Test Show That You Are Part Neanderthal?

It was generally considered before 2010 that interbreeding between humans and Neanderthal did not take place.

Although there were a number of scholars that did support such a hypothesis.

The testing of Neanderthal DNA!

During the early 2000s though this idea was gathering momentum. The full genome of a few Neanderthal DNA samples were sequenced in order to test this idea.

These samples were taken from fossils that were found in caves. Again Neanderthals were very much like our human ancestors as they were also cave dwellers.

By 2010 geneticists announced that interbreeding had likely taken place and this was eventually confirmed in 2012 through their tests.

They were able to tell that all non-Africans do indeed have a small portion of Neanderthal, about 1 to 4%.

It’s not much but it does show you that you do have a little Neanderthal in you.

In order to proof whether you do have Neanderthal genes scientists look at markers in your DNA.

They will then compare them with markers found in their sample. If there is a match between markers then this will show you that you have Neanderthal DNA.

Why Find Out If You Do Have Neanderthal In You?

It won’t help with your genealogy research much in regards to finding out information about your ancestors.

But this information can tell you the migration of your ancestors.

So, why not tell family and friends about what you have discovered.

And if they scoff at you well then you can kindly say that we all have Neanderthal in our DNA.

(But actually that is mostly true if you don’t have modern African ancestry.)

As this science is improving all the time there may come a time when we will find out more about our Neanderthal ancestry.

What does Neanderthal mean?

Before I finish off I just want to share with you some interesting facts with you.

Definition of the word Neanderthal!

Neanderthal is a German word that is taken from Neander Valley. This is where fossils of our cousins were found.

The word neanderthal means someone who is both and not very smart. So, before someone insults you and calls you a Neanderthal.

You can tell them that they are a Neanderthal as well, lol.

Studies suggest that Neanderthals could actually speak like modern humans. In order to prove this scientists looked at the hyoid bone of fossils that they collected.

The hyoid bone is a horse-shoe shaped structure that is found in the neck. This particular shape in the bone suggests that they did have the ability to speak.

What did they wear?

They most likely did wear clothing that would protect themselves from the cold. This probably included gloves, shoes and hats as well.

This clothing though would most likely have been either fur or skins.

What did they eat?

Their diet would have included bears, oxon, bison, elk and woolly mammoths.

I hope you enjoyed this post explaining to you whether there is a Neanderthal DNA test or not. If you have any questions or comments then please leave a comment below. 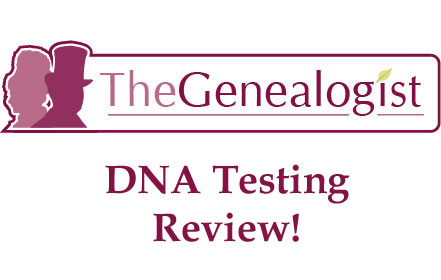 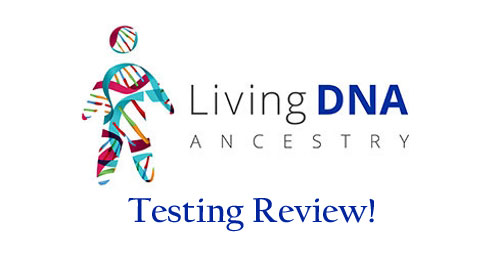