Genealogy has become the second most popular hobby on the planet today. Have you seen these shows on TV and want to know what ancestry TV shows are on DVD for you to watch at anytime?

There are several ancestry TV shows that we can watch.

In this post I will cover two of the more popular shows, Who Do You Think You Are? and Finding Your Roots, and how you can find and purchase them on DVD.

What Are The Most Popular Ancestry TV Shows?

Both of the two more popular genealogy shows include either a star or more than one celebrity that we are very familiar with.

The star’s ancestry is explored, most notably a single branch where there is some particular interest.

I believe that the subject of genealogy has become popular for two main reasons.

1. We are fascinated by what has been discovered about our favorite celebrity.

We are hooked from the very moment that their ancestry is laid out for the star and how they travel all over the country or even the planet.

2. The truth behind family stories are uncovered and the stars get to discover ‘new’ ancestors that they knew nothing about.

I am sure that these shows would not have become popular if Z-list celebrities were chosen, and uneventful information was brought to the star’s attention.

Why not check out my Which Ancestry TV Show Do You Watch? to find out what genealogy shows are currently on our TV screens right now.

I have included links for where you can purchase these show from both the United States and the United Kingdom.

Please make sure that the DVD will play in your respected country in your DVD player.

Who Do You Think You Are? (US Version)

Following on from the success of the UK version of this show we see many American celebrities that we all know and love. This show was brought to our screens in 2010 as one of several replacements for The Jay Leno Show.

Credit: Who Do You Think You Are? US

After three seasons on the NBC it was unfortunately cancelled. Lucky for us though it was renewed by TLC.

Similar in style to UK version

The US version of this genealogy show is very much similar to its UK counterpart.

The latest series to hit our screen has already featured Courtney Cox, with episodes tracing the ancestry of John Stamos and Liv Tyler still to follow.

Since airing seven years ago there have been 9 seasons and 62 episodes to date. Star of the hit TV show Friends serves as an Executive Producer of this show. Her ancestry was explored in the third episode of the first season.

The show is in partnership between Shed Media, NBC Entertainment and Ancestry.com.

As the number one genealogy search website, Ancestry, is involved with the production of this show I expect that this television series will be on our screen for many, many years to come.

I cannot see Ancestry parting ways with this show as I would imagine it has brought many people to research their ancestry at their website.

At present there are only 2 seasons that are available on DVD in the US.

Who Do You Think You Are? (UK Version)

The show that brought our attention to the world of genealogy and made it such a fascinating and interesting pastime for many people all over the world.

Credit: Who Do You Think You Are? UK

Because of the success of the original UK show, (average more than 6 million viewers), it has been made in ten other countries, including the United States and Australia.

Since the UK version of the show began to air back in 2004 there have been 13 seasons and 117 episodes to date. Most of the seasons comprise ten episodes.

Due to the success of the show it was nominated for a BAFTA Television Award 2010 for the Best Factual Series category.

However, it missed out on this award to the One Born Every Minute show.

Despite not seeing any TV awards it is still on our screens and does not show any signs of slowing down.

Over the years we have seen the ancestry explored of Britain’s most notable stars.

On the latest season of the show there has been music sensation Cheryl and Lord of the Rings wizard Sir Ian McKellen.

At present there are 11 seasons that are available on DVD in the UK.

The Public Broadcasting Service (PBS) in the US has aired three seasons of Finding Your Roots altogether.

Beginning in early 2012 there have been a total of 30 episodes with 10 episodes per season.

Each episode lasts for one hour and contains a single plot. The show’s two predecessors “African American Lives” and “Faces of America” contained a season-long plot.

This approach has led to more episodes per season for the Finding Your Roots show.

This genealogy show is presented by professor of English Literature Henry Louis Gates Jr. It is quite similar to Who Do You Think You Are?

Each episode follows a celebrity as their family history is explored.

The difference though with this series is that it utilizes the latest trend in genealogy research … DNA Testing.

The show though also looks at the diverse backgrounds to American people today.

Different backgrounds explored on the show:

The first season of the show saw notable stars such as Barbara Walters, Robert Downey, Jr., Samuel L. Jackson, John Legend and Martha Stewart to name but a few.

Topics or backgrounds that were explored included slavery, origins of two celebrities surnames, descendants of immigrants and Hispanic heritage, as well as others.

A Book of Life is also presented to each celebrity.

This book contains a ‘complete as possible’ family tree together with results from genetic testing as well as family documents and photos that have been discovered during production of the show.

There are also correlations made between the celebrities stories and research that has been carried to back up whether they are fact or just fiction.

Everyday people are also featured on the show besides celebrities. These people from everyday walks of life have their background and ethnicity explored to help show whether there are any truth to the celebrities stories.

The second season carried on much like the previous. Its stars included Stephen King, Ben Affleck, Deepak Chopra, Tina Fey, Jessica Alba and many more.

Due to controversial information surfacing regarding Ben Affleck’s ancestry the following third season was for more than a year.

The third season was postponed as it was made aware that Ben had tried to persuade Gates to omit the fact that he had slave-owning ancestors.

Due to the popularity of the show it has been renewed for a fourth season.

I have only included here two of the more popular genealogy shows that have been broadcasted on our TV screens and that are available on DVD.

If you do feel that I should include a show that has not featured here then please feel free to comment below. I would only be too glad to add it to this post.

Popularity of genealogy due to TV?

These shows have not only brought the world of genealogy into our homes but they have also increased the popularity of this pastime.

Both Americans and the British have seen a sharp increase in the interest of people discovering their ancestry.

Genealogy for me has been fascinating and interesting!

Not only have I been able to sharpen mind, using my deductive reasoning, but also I have found out so much about my family history.

I have discovered who my ancestors were, where they once lived and also what they did for a living.

Along the way I have made connections with distant cousins I did not know existed and have shared with them plenty of family stories.

If you are interested in this hobby then I would recommend that you take a look at these shows.

They have not only inspired me to trace my roots, but also many people all over the world.

What do you think?

If you decide to buy any of these genealogy DVDs then please come back and let me know what you think of them. I would love to hear from you.

I hope you enjoyed this post discussing what ancestry TV shows are on DVD. If you have any questions or comments then please leave a comment below. 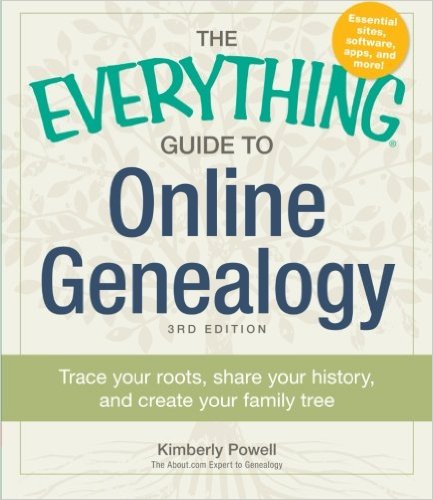